Following an invigorating week of classes containing class debates and discussions, along with many cultural lectures and more visits to the beach and Chania, the visit to Samaria Gorge had arrived. Highly anticipated and referred to as the "gorge fiasco' we began at 6am on saturday morning and took the long and winding roads (that had me a bit green in the face) up to the highest peak, and the starting point of the gorge hike. The longest gorge in Europe, Samaria gorge hike proved to be a true test of wits with its uneven footing, almost sending marissa off the side of a cliff just minutes into the hike. About half way into the hike we came upon an abandoned village that was never occupied to foreign forces for the obvious reason that it was essentially unreachable by outsiders. Nestled into the side of a hill, with a great goat population, this abandoned village was not only a rest stop from the hike, but a place where i found my mind wandering back in time trying to envision who the people were that inhabited this space. The buildings were simply, but smartly crafted with windows and some even had second floors. Agriculture was clearly the villages main source of sustainability seeing the many olive trees growing and spaces for gardening. Although i could hardly imagine the gorge hike getting any better, following the abandoned village the true 'gorge' was upon us. straddling rocks and enduring the blistering heat, i found something within my classmates much different than i had expected. A childlike sense of amazement was visible in everyones eyes as we walked through the great walls of samaria. every single camera definitely got its use during this part of the hike, and we definitely put our singing voices to work also. One thing i found miraculous about the gorge, was that in the scorching heat of the rocks, beautiful flowers still managed to grow everywhere. i read on one of the educational signs posted that the flowers always bloom in the gorge and it made me think about the durability of spirit and how through even the toughest circumstances, we can let our beauty show. Whether its helping a friend when theyre going through a tough time, or pushing through that really tough class to learn about something you never have before. If you truly want to grow and inspire others to to the same, its necessary to push through the tough times and prove to not only yourself, but the world that you're unstoppable just like the flowers of the gorge. Continuing on after about 10k, we came upon beautiful water and got really excited to test it out. Per usual, we all began to yell and were immediately hushed by a ranger due to the fact that the rocks on the hills of the gorge could fall at any moment if shaken. After hiking all the way through the gorge, we ended at a truly breathtaking beach and village where we stayed the night. I loved the turquoise water at the beach and enjoyed the laughs at dinner. After dinner we walked to the beach at night and looked at the stars and we each got the chance to see multiple shooting stars. Today was one of my favorite experiences because although it was just a beach day, a few of us walked to the end of the beach where the water was extremely beautiful and climbed up on rocks that we could jump off of. Now we lay back at the institute tired and suntanned getting ready for yet another 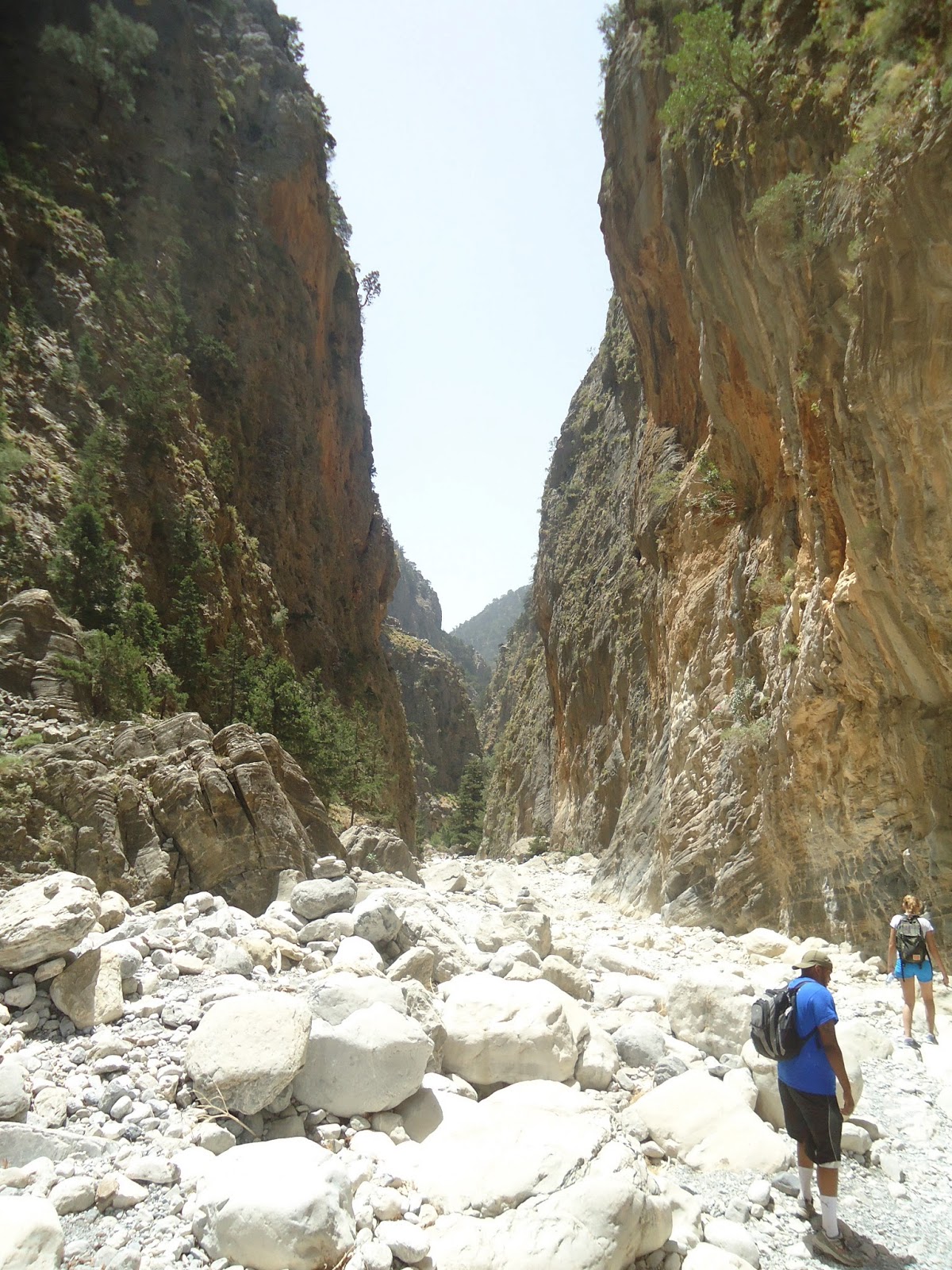